When I first started blogging I made the decision to at least attempt writing from a vulnerable, transparent place. I began the effort by announcing that I was in therapy. At that time I found myself being called into a new place of leadership in Parkdale and thought it fair to share what a wounded “leader” I really was (and am).

For much of my life I have struggled with internal anxiety. True too, rather ironically, is that I am generally externally calm. Both honestly exist in me. The anxiety reached a point though where I knew I needed to face it in a new way. Deep down I think there was always an awareness this was rooted in a fear of the future: what may or may not happen and how little control I had over any of it. Suddenly, due to a collision of circumstances I realized that my anxiety revealed a lack of trust in God and how I was finding my worth in things other than Him.

As I sit here writing I am struck by how different I feel close to two years later. I worry less about the future. My brain does not constantly churn in a way it should not. I feel more present to the moment than maybe I ever have before. I am slowly stumbling toward learning that my worth does not come from what I do: I am valuable simply because I am a beloved child of God. It has been both a painful and beautiful journey of discovery.

This has all been very good news to my heart. It’s like by squeezing out the anxiety there’s more room for other things, including gratitude. In a sense, I am getting to reclaim my imagination for things other than worry. I am not suggesting everything in me is fixed; I am saying that I am experiencing healing, one baby step at a time. 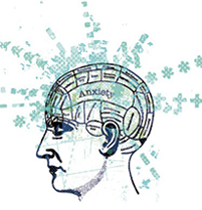 When Rob Ford hastily confessed to having used crack cocaine, my first reaction was one of hope. I hoped that maybe, just maybe, he was ready to acknowledge what has been publicly evident for some time: he needs help. As soon as he walked out to greet the media scrum for the big press conference my heart sank. I could tell immediately that he was going to get right back to his office.

I know a lot of people who struggle with substance addiction. I don’t know anyone who admits the problem without also acknowledging that at some point it begins to unravel relationships in their lives. Of course everyone’s situation is unique, and Rob’s is indeed that: he is impacting an entire city. True, many don’t believe his behaviour impedes his ability to get the job done. But no matter what side you take, this story is leaving an indelible mark.

I find myself feeling incredibly sad. Sad for a man I don’t know personally, who even with just a glance appears unwell. Sad for a city rocked by scandal that has gone international. I tried to watch all of the late-night commentary on this and found myself turning it off, feeling embarrassed for what I call MY city: the city I was born and raised in; the city I settled in with my husband; the city we raise our daughter in; the city I work for; the city I love.

I didn’t vote for Rob Ford. I don’t support his politics. I do pray for him.

As author Henri Nouwen once said, “In the Christian life the distinction between the private life (just for me!) and a public life (for the others) does not exist. For the Christian, even the most hidden fantasies, thoughts, feelings, emotions, and actions are a service or a disservice to the community. I can never say, ‘What I think, feel or do in my private time is nobody else’s business’. The mental and spiritual health of a community depends largely on the way its members live their most personal lives as a service to their fellow human beings”.

Is this easy? Absolutely not. Do I fail? All the time. Is it worth holding one another, including Rob Ford, accountable?

I think the answer is yes.