The Dale has lost another friend. Just days ago Nicole died in an unexpected way.

Nicole was a quiet woman, often choosing to immerse herself in making art or doing a puzzle at our drop-ins. She looked younger than she was, with long dark hair and olive skin. It took a while to get to know Nicole, but once we learned to trust one another, the conversations got deep. I always felt it a privilege that Nicole would look me in the eye after sharing her own struggles and ask me about mine.

Last fall Nicole came on The Dale’s annual retreat to a camp near Parry Sound. At the time she was newly dating another community member, a relationship they were both very excited about. We haven’t had many couples emerge out of The Dale, so this was new for us too. A now infamous story of the weekend is how the two of them took a paddle boat out on the lake, only to get stuck because of the wind. One 9-1-1 call later and multiple rescuers sent in canoes, the two returned good-naturedly saying, “we failed! We’re such city slickers!”. Nicole did add an eye-roll.

Having just received confirmation of Nicole’s death, I find myself thinking of her constantly. I have some of her things stored in my house. They were supposed to be tucked away in the basement until she found better housing. As I went through a pile of papers today I found one of her drawings from a drop-in with the following inscription on the back: “January 2017. At God’s house. For God. Nicole. I love you! A great loving start”. It took my breath away.

I know that Nicole always hoped for life to be easier than it was. She longed for healing. I think Nicole worked hard to be resilient, even when it felt nearly impossible. She also had the capacity to both identify and celebrate beauty: the stack of colourful glass jars and artwork in my basement are a testament to that. As friends we did have some difficult interactions, though we always came out the other side. I will remember how she was a regular source of encouragement, especially during hard times, including our last conversation.

Nicole, you were loved and will be missed. Peace to you.

And now to him who is able to keep us from falling, and lift us from the dark valley of despair to the bright mountain of hope, from the midnight of desperation to the daybreak of joy; to him be power and authority, for ever and ever. Amen 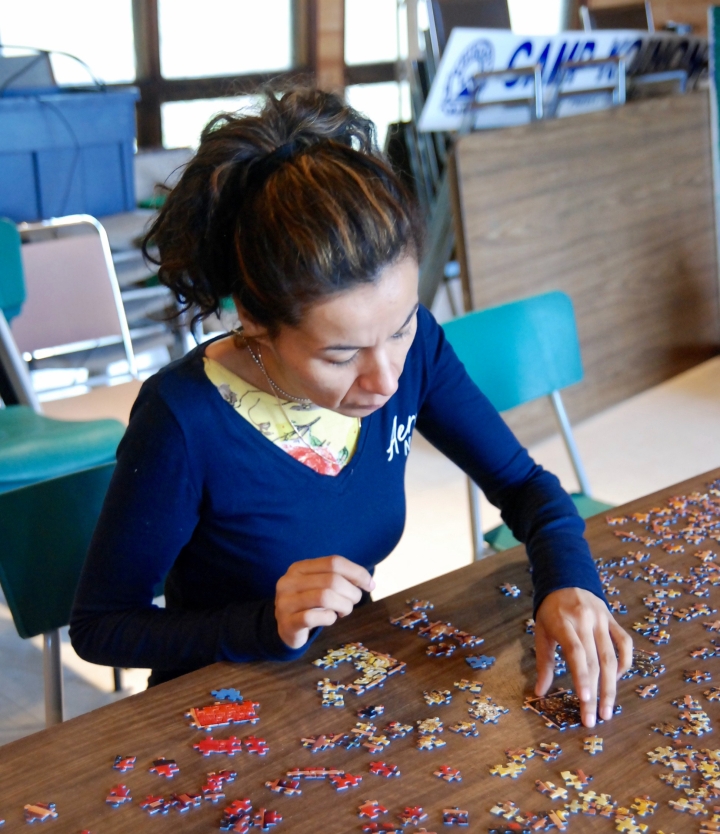 3 thoughts on “Benediction for a Friend”